Minister Nick Boles has announced that the controversial relaxation of the planning laws to allow larger extensions up to 8 metres in depth may stay beyond the 3 years proposed, provided people are happy with it! Much has been made of the problems of these proposals affecting the light of neighbouring properties, particularly on smaller developments, but the Minister said that there would be written into the law that no more than 50% of a garden may be used and the Party Wall Act could be used to protect neighbouring properties. Building Regulation approval would still have to be obtained.

ConstructAid think the proposal is not necessarily a good one. In addition, we would always advise obtaining a Lawful Development Certificate from the Planning Department to confirm compliance with planning laws, as proof of the situation should you ever sell or mortgage the property in the future. This, along with plans for Building Regulation approval, means that the so-called time saving would just not be there! The only saving would be £75 less for the planning fee.

You can read more of this on the BBC Article: 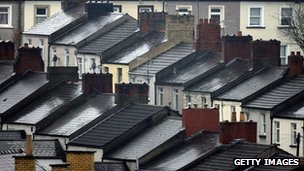